A river cruise is an amazing way to see Germany’s best sights. Relaxing and filled with adventure, it’s the perfect trip to visit places like Cologne, Frankfurt, and Trier. Here are the top river cruises for exploring Germany.

Remarkably, Germany has several rivers that offer amazing cruises. In fact, each river cruise has its own distinct elements and characteristics. For example, Danube river cruises and Rhine river cruises both have their unique features. The Danube River is for nature enthusiasts and is the most scenic. The Rhine River is filled with historical sites and incredible castles.

Typically, river cruises in Germany are offered from late April until the end of October. The busiest and most popular time is in the summer. However, Christmas market cruises on the Rhine and Danube are common in late November and early December.

In addition, avoid carrying a lot of money when you are in a big city. Always keep your valuables safe, especially when you go on shore.

The greatest challenge in planning your river cruise is pinpointing which itinerary is the most intriguing. Keep in mind that the majority of river cruises are about a week long. Then again, there are exclusive trips that can last up to two weeks. Most cruises start from extraordinary cities. You may want to arrive a few days early to explore the city before boarding on your cruise.

Danube River cruises generally last a week and start or end in Passau, Germany near the Austrian border. The best way to travel is to fly to Munich then take transport to Passau. You might want to consider staying in Passau a few days.

Locals call the city “Venice on the Danube.” Passau is an energetic place filled with beer halls, churches and palaces. Nearby is the Neuschwanstein castle that was the inspiration for Disney’s Sleeping Beauty castle. It was built in the late 19th century for King Ludwig II and also a retreat for Richard Wagner. The fortress is situated on a craggy hill above the village of Hohenschwangau close to Füssen in southwest Bavaria, Germany.

The Danube River flows from the Black Forest in Germany to the Black Sea in Romania. Numerous famous cities are located on the Danube River like Vienna, which is famous for the Schönbrunn and Hofburg Palace. Other sites to see in Vienna are St. Stephens´s Cathedral and the Butterfly house (Schmetterlinghaus). And for Eco friendly enthusiasts, you might want to go see the Hundertwasserhaus which is a rare apartment house in the 3rd district that has a roof covered with the earth, grass and bushes. Moreover, there are huge trees on the balcony and inside the rooms.

There are other choices on the Passau Danube River cruise. For instance, there are voyages from Nuremberg in Germany to Budapest and also cruises from Passau to Budapest. Another fabulous alternative is traveling the river between Budapest and the Black Sea.

If you have plenty of time, select a longer cruise. Holiday cruises are spectacular, these trips offer festive outdoor Christmas markets nestled in cathedral squares and town plazas throughout Germany. Fabulous cities that support traditional Christmas markets on Danube River in Germany are Regensburg, Passau, Rothenburg (the Franconia region of Bavaria) and Nuremberg. In fact, Nuremberg is home to one of the largest and oldest Christmas markets in the world. It is renowned for Lebkuchen (gingerbread) and its spectacular nutcrackers.

Rhine River cruises include a wonderful array of culture, history and remarkable scenery. The Rhine is Germany’s longest river flowing from Switzerland to Amsterdam in Holland, stretching 766 miles (1,233 km). This amazing river empties into Lake Constance (Bodensee) and then starts its passage in Germany to the Netherlands bordering west Duisburg. This amazing stretch covers 375 kilometers or 233 miles.

The most popular Rhine river cruises are one week trips from Basel in Switzerland to Amsterdam or vice-versa. The ideal launch for your cruise would be Cologne. Arrive a few days before your cruise; there are quite a few spectacular sites that you must see. Cologne is renowned for its twin-towered Gothic cathedral, the monuments of Koblenz, Medieval houses and gates, numerous museums and romantic getaways.

The most remarkable part of the river is through the Rhine Gorge. It stretches 65km (40 miles) long and consists spectacular scenery, spires, Romanesque churches, miles of castles and steep riverside vineyards. The Rhine Gorge is also famous for Lorelei Rock, legends tell of a beautiful maiden that threw herself to her death because of faithless lover. Today, she is said to roam the river looking to entice sailors to their deaths with her mesmerizing singing.

Another impressive stop is Rudesheim. This area is known for Germany’s top wine-growing regions. Also, Heidelberg is a great tourist destination and houses Germany’s oldest and most reputable universities. Other romantic sites in Heidelberg include the baroque style Old Town and Heidelberg castle.

Along the Rhine you will also find Speyer. This city has a fabulous Romanesque cathedral know as Imperial Cathedral Basilica of the Assumption. It is the world’s largest surviving Romanesque church that has vast triple-naved vaulted basilica as the central element.

Another great city on the Rhine is Breisach. It is often called the gateway to the Black Forest. With narrow, cobbled streets and there is much to explore in its many shops. And with the ancient stone walls and entryways, the town feels like it has been frozen in time. Another site to see is the cathedral of St. Stephansmünste. This beautiful structure dates back to 13th century and sits on the uppermost point in the center of the city.

An Elbe River cruise is ideal for those who love to explore the past. The most historical stops are Prague and Berlin but there are other cities just as delightful. The cruise is also very picturesque, notable for storybook castles, spiraling cliffs and medieval towns.

The Elbe begins in the Krkonoše Mountains of the northern Czech Republic. It then passes through Bohemia then Germany. After 1,094 kilometers (679 miles), it empties into the North Sea at Cuxhaven, near Hamburg.

The city of Wittenberg is mostly associated with Martin Luther (1483-1546), who was the leader of the German Reformation. It is also home of various historical sites like St. Mary’s Church, built in the 14th century. The church holds the famous painting by Lucas Cranach the Elder, signifying the Last Supper.

Another great city on the Elbe River is Potsdam. Here you will find the baroque New Palace and the elaborate Sanssouci Palace. In addition, there is Torgau and Dessau. Torgau is a place filled with Renaissance type homes and Dessau has the exquisite English-style gardens like Worlitz Park along with Worlitz Castle.

At the end or beginning of your cruise, make sure to visit Prague and Berlin. They are both fabulous cities well worth the time.

The Main River is 527 kilometres (327 miles) and flows into the Rhine River from eastern Germany. After a while you come to the Main Danube Canal, which is where it connects to the Danube.

Although there are numerous beauties of the Main River, it is also a working river, especially around Frankfurt. However, Frankfurt is an amazing place to visit. Notable events that are a “must” attend are the two major trade fairs. The Frankfurt Book Fair is an annual event during the third week of October. The Frankfurt Motor Show is every other year during the third week of September. Sites to see in Frankfurt include Römer (city hall), Frankfurt Cathedral (Dom), Saint Paul’s Church and Alte Oper (now a concert hall built in 1880 by architect Richard Lucae).

This long adventurous river starts near Kulmbach with the meeting of the White Main and the Red Main. The middle and upper sections of the river run through the German Highlands, the lower part of the river flows through stunning Bavaria in Central Germany. And the whole way you will be mesmerized by the many old-world medieval towns, fairy-tale castles and immense forests.

The Moselle River flows from Luxembourg and then into Germany. It is renowned for crossing through some of Germany’s finest wine-growing regions. Many river cruises begin in Trier, which is said to be the oldest city in Germany. Here you will find the Black Gate, the only part left of the Roman wall.

Another key site on the Moselle River is Bernkastel. It is located in beautiful Moselle Valley and has unimaginable scenery. In truth, it is renowned as the winegrowing center on the Middle Moselle. As well, the town is a state-recognized health resort. For another view of the fantastic vineyards, Cochem castle has a wonderful tour.

May to September is the warmest months for a Moselle River. The hottest days are during the months of July and August. Also, it is during these months that Winningen, Bernkastel and Traben-Trarbach hold their annual wine festivals. However, the best time to go down the Moselle River is when there are fewer tourist and the fall colors cover the landscapes in gold during October. 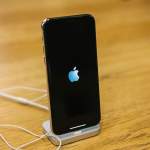 Most Anticipated Smartphones of 2018

2017 saw the release of some fantastic smartphones, such as the Samsung Galaxy Note 8,... 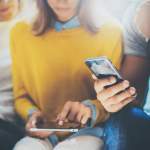 It is an exciting time to be in the market for a new smartphone, as... 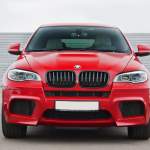 What are Canada’s Top Crossover SUVs of 2017

Crossovers represent a revolution in the automotive industry as there are a variety of types... 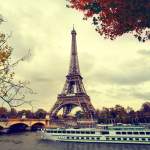 European river cruises are a delightful way to go on organized tours. While on other... 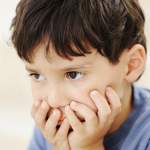 What are Signs and Symptoms of Childhood ADHD

Your child may have ADHD if he or she shows manifestations of inattention, hyperactivity, and/or...