What Video Game Console is the Best?

It’s hard to imagine a world without video game consoles. Though the industry as a whole is just a few decades old, its impact on the home entertainment industry over that time has been transformative. Today, more than 150 million Americans play video games on a regular basis with 60 percent of those playing every single day.

Proving the surging popularity of the gaming industry is easy. Deciding on which one of these technological marvels you should buy is another beast entirely. Though choosing the best console sounds simple, it’s a decidedly more complex decision than meets the eye. There are specs, added software support, game libraries, alternate models, built-in features, and a whole range of console-specific accessories to consider.

Today, we’re going to look at your options, ask a few questions, and hopefully, help usher you into a new era of gaming.

Sony’s marketing team boldly claims that the PlayStation 4 is “The Best Place to Play,” but the reality is much more subjective.

Which one you opt for is entirely dependent on your desire to game in 4K. While all PS4s are capable of 4K video support, only the PS4 Pro is able to output gameplay in 4K. In addition to 4K gaming, the Pro boasts increased processing power, 1TB of storage, and a $399 price tag.

If you’re looking to play online with friends, the PS4 requires a PlayStation Plus subscription. Prices for PS Plus range from $9.99 for one month to $59.99 for an entire year. If you aren’t sure about subscribing, Sony offers a 14-day free trail for new users.

For those willing to subscribe, PS Plus offers more than just seamless online play. Two free games a month, access to exclusive discounts, 100GB of online storage for your game saves, and the ability to share control of your PS4 with friends provides enough value to justify the price tag.

PlayStation Now, Sony’s version of Netflix for gamers, grants access to stream or download over 750 PS4, PS3, and PS2 games. Available to access through the PS4 and PC, the price for a PS Now subscription starts at $19.99 for one-month and goes all the way up to $99.99 for a year.

Where the PS4 really shines is with its exclusive games. From the kid-friendly adventures of Knack and LittleBigPlanet 3 to the open world heroic action of Horizon Zero Dawn and Marvel’s Spider-Man to the mature stories of Bloodborne and God of War, the PS4 has exclusive for every demographic.

As far as accessories are concerned, the PS4 is a bit barren when compared to its rivals at Nintendo and Microsoft. Having said that, the PS4 certainly edges out the competition in the VR gaming department. At $349, the PlayStation VR has the lowest barrier of entry for any VR headset, which makes it one of the most impressive gaming accessories on the market today.

Microsoft’s Xbox One was built with unifying your home entertainment options in mind. Though much of the device’s voice-integrated functionality has been since scrapped, the Xbox One is still a reliable media hub for all things streaming, gaming, and surfing.

Microsoft provides potential purchasers with two options: the base-level Xbox One S and the technologically enhanced Xbox One X. If you have a 4K capable television and an extra $200, then the X may be worth it. If not, the S should scratch your gaming itch.

Considering Xbox Live has been around longer than Sony or Nintendo’s online services, Microsoft easily has the most advanced console gaming network on the market. As such, they’re continuing to build on their superior online service with Xbox Live Gold on Xbox One.

An Xbox Live Gold Subscription will run you $9.99 for one month or $59.99 for a year. Similar to PS Plus, Gold will grant you access online multiplayer, give you two to four free games a month, and allow you to save 50 to 75 percent off certain games in the Xbox Marketplace.

Much like the competition, Microsoft is building out their own subscription service, Xbox Game Pass. Game Pass gives gamers access to an impressive library of games for $9.99 a month. Although it takes a while for newer games to be added to the service, Microsoft adds all first-party exclusive to Game Pass the day that they release.

For those looking to get both Xbox Live Gold and Game Pass, Microsoft will be offering Xbox Game Pass Ultimate, which bundles the two services together, later this year for $14.99 a month.

Though the PS4 and Nintendo Switch seem to have the Xbox beat in the exclusive department, Microsoft still has some heavy hitters. Halo 5, Gears of War 4, Forza Horizon 4, and Ori and the Blind Forest to name a few.

Where the Xbox One really sets itself apart is backwards compatibility. Most Xbox and Xbox 360 games are playable on the Xbox One, with the catalog expanding daily. Just make sure you have an Internet connection since it’s needed to authenticate the game.

The Xbox offers accessory hunters a wide range of options as well. The Kinect enables voice and motion control capabilities, the external hard drive makes it easier for you to expand your library, and the media remote makes streaming and surfing easier than ever.

Despite the wide range of accessories, the real star of the Xbox accessory library is the controller. Comfort, durability, and tactile control, the Xbox Wireless controller’s superiority is well documented. For increased durability and customizable controls, Microsoft has the Xbox One Elite Controller.

Innovation is in Nintendo’s DNA. Case in point, the Nintendo Switch. The Switch is a two-in-one console, meaning that you can plug it into your TV and take it on the go. While some questioned how successful an idea like this could be, many more cracked their wallets wide open.

When it comes to power, the Switch is the inferior console. Its CPU is behind the current gen times, it only has 4GB of RAM, and it’s 32GB of dedicated storage is outpaced by most modern cell phones.

What the Switch lacks in power and storage, it more than makes up for it with ingenuity. For $299, the Switch comes with the small tablet-like console, two Joy-Con controllers, and the system’s dock. When plugged into the dock, the Switch outputs video to your TV, but take the Switch out of the dock and the video instantly flips to the tablet screen.

This incredible level of versatility has kept the Switch at the top of the sales charts for its entire life.

Nintendo has always lagged behind the competition when it comes to their online service. While the Nintendo Switch Online has made a couple of improvements, there is still much more that needs to be done.

Apart from needing it to play games online, Nintendo Switch Online includes access to a growing selection of NES games that have been updated with online play, online storage for game saves, member-only deals, and free online games like Tetris 99.

With individual memberships ranging from $3.99 for one month to $19.99 for a year, Nintendo Switch Online gets it right when it comes to the price point.

Due to its success and versatile design, the Switch has seen many a port from consoles past and plenty of indie darlings. Although it’s nice to Nintendo’s third-party support drastically improve, you buy a Nintendo console for their games. And the Switch has not disappointed.

Combine new, critically celebrated games, like The Legend of Zelda: Breath of the Wild, Super Mario Odyssey, and Super Smash Bros. Ultimate, with a bunch of Wii U ports, including Mario Kart 8, New Super Mario Bros. U, and Donkey Kong Country: Tropical Freeze, for a steady stream of high-quality games.

Nintendo has always understood the value of the accessory market — and the Switch is no exception. Nintendo Labo, the Pro Controller, and the Gamecube controller adapter are optional. What isn’t optional is a carrying case, a screen protector, and a micro SD card.

Specs, games, and accessories are important, but there is more to consider. After all, consoles are expensive, so you’ll want to make sure you take everything into account.

You may want to consider your friends and which console they own. Online multiplayer is much more satisfying when the person you’re playing with (or against) is someone that you know.

You may also want to think about who else might want to play on the console with you. All of the consoles that we featured today come equipped with family-friendly games, but some are more tailored to children than others. Is YouTube, Netflix, and Spotify streaming important for you or are you all about the games?

Determining which console is the best for you and your family can be a difficult choice. Having said that, all these consoles are successful for a reason and we have no doubt that whichever one you choose will bring you hour upon hour of high-octane entertainment.

You don’t have to wait for Black Friday, Christmas sales, Cyber Monday, or other holiday... 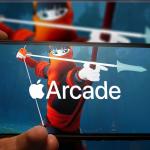 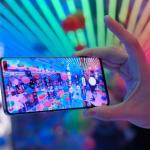 2019 has been an exciting year for the smartphone industry. Cutting-edge phones have achieved significant...