Should You Pay for Cloud Storage Space?

Though cloud storage may seem like a nebulous concept whose true purpose is hidden to people who are just beginning to become familiar with the newest technology, it is actually rather simple to become familiar with. In fact, cloud storage simply refers to services and software that are run over the Internet instead of within the hard drive of your local computer. It has several benefits, one of which is that you can access your data on any phone, tablet, or computer that is connected to the Internet.

Paying for extra cloud storage will primarily depend on the amount of data you need to store. If you are interested only in backing up a few images on your smartphone with Google Photos, for example, then extra storage will not be needed. If you run a business that requires you to share documents with other team members, on the other hand, or if you are constantly creating high-resolution art pieces or videos, then more storage space may be needed.

Here is a brief run-down of the available options.

Google Drive, which launched in 2012, is a file storage service that has seen increased use by individuals and businesses alike over the last several years. The first 15 gigabytes of storage are free, but users have the option to buy more storage space through a variety of paid plans. The following options are available for those who wish to increase their storage:

Google Photos and Google Docs are both sub-sections of Google’s digital storage offerings. Google Photos offers unlimited storage for images and photographs up to 16 megapixels and for videos with a resolution up to 1080p. Google Docs, on the other hand, is a word-processing interface that allows text documents to be created, edited, and shared with others online in real time. Google Docs is linked closely to Google Sheets and Google Slides, which offer users the chance to work with spreadsheets and a high-tech presentation program that is meant to compete with PowerPoint.

Microsoft OneDrive, which is similar in many ways to Google Drive, is available to anyone who has a Microsoft account. It can be used to both store and exchange data. It also has a few useful perks, including the following:

Though the first 5 GB are free, you can add more storage space individually or through Office 365. One of the biggest benefits of Microsoft’s file hosting service is that it is inter-operable with Twitter, Facebook, and Outlook, which allows you to efficiently share important files with your chosen contacts on social media.

Dropbox, like the others on this list, is a cloud storage service that enables you to share files and sync important documents on different devices. Dropbox was among the original file-hosting services and works nicely with Linux, Mac, and Windows. Easily downloadable apps are available for Android, iPad, and iPhone.

Dropbox Basic subscribers have access to 2 GB of free storage, but you can also upgrade to Dropbox Plus, which gets you one full terabyte of storage. Dropbox Plus users also get access to several other features, including a remote wipe application and advanced sharing controls. Dropbox Paper, which allows users in remote locations to collaboratively edit documents, hit the market in October 2015 and has received good reviews.

Amazon Drive is a storage service that is competitive with the others that are currently on the market. All photos, videos, and other files can be uploaded to Amazon Drive, where they will remain stored privately and securely. They can be accessed in the following ways:

There are a number of storage plans available annually, and you can ultimately select the one that makes the most sense for the amount of data you are likely to be backing up. Amazon customers are given 5 GB of storage free of charge. This can be upgraded by paying a flat annual rate for a certain amount of extra space.

Though Box was originally intended for IT and business users, anyone can sign up for the service free of charge. The service has business-oriented features that are nearly endless, and you have efficient control over your collaboration options and your privacy control. The service is a boon for larger companies that need a secure location to share key company documents with large numbers of people at the same time. Box offers 10 GB of free storage, and a further 100 GB can be purchased for $10 each month. 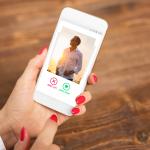 How To Look Good On Dating Apps, According To Science

Dating app profiles are a lot like an elevator pitch in business. You have ten... 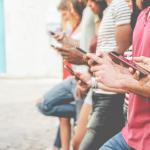 How To Take A Social Media Break

Social media is a mindless habit that we’ve all grown accustomed to. What feels like... 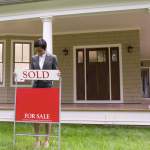 If you are in the market to purchase a house or are planning to list... 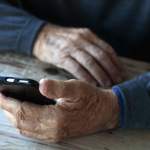 Like anyone else, senior citizens want to find cell phone plans that offer the features...

If you think that you need a crash course in writing code to build your...