The imprint social media has left on our daily routines is undeniable. Want to keep abreast of daily news? Log onto Twitter or Facebook! Need to reach out to a friend and update them on what happened at that party last night? Pull up your Snapchat app and start texting away. Interested in checking out the latest trends in weddings, birthdays parties, and Christmas crafts? Just grab your phone to access Pinterest. Want to feel connected to your friends and favorite celebrities? Time to scroll through those Instagram feeds!

According to recent stats, approximately 40 percent of the world’s population – about three billion people – use social media, spending an average of two hours daily on these platforms. With mental health issues on the rise, one has to wonder if we as a society are jeopardizing our well-being just to ensure that we remain a part of the social media party that has taken the world by storm.

There are a plethora of negative effects that social media can have on mental health, with a prominent one being addiction.

A study stemming from Nottingham Trent University found a plausibility around a “Facebook Addiction” disorder. Individuals that participated in the research using the app excessively and showing compulsive-like behaviors when using the platform. In fact, a shocking stat states that millennials check their devices about 150 times daily; sometimes for texts, but also for social media.

Thanks to that little blue light emitted from a laptop, tablet, and smartphones screens, many who scroll those social media sites before bed are finding it very difficult to have a good night’s sleep.

How much shuteye you get at night has an effect on your mental health in the long run. If you aren’t getting the hours you need, this can affect your mood and behavior.

While social media can provide a solid platform to vent — whether that be about politics, your Aunt Thelma, your friend’s terrible boyfriend, or a customer service complaint — this endless feed of negativity takes its toll on the mental health of social media users.

In 2015, a survey study revealed that Twitter was found as a huge contributor to stress for the women surveyed in the research pool. It enhanced their awareness of stress that other people were tweeting about and dealing with.

The Grass Is Greener

As people only post about the great things going on in their lives on social media, many users find themselves comparing their lives to those that they see on the feeds. Interestingly enough, one study revealed that social media comparisons — whether you feel like your life is better or worse than the person’s profile you are starting at — only ends up making people feel bad in the end.

Social media comparisons, especially when people excessively post about tropical vacays and how “perfect” their children are, tend to trigger jealous feelings.

This can cause a vicious jealously cycle. Not only are you triggered by feelings of jealousy when you see other posts, but some may try to “up” their social media followers by posting more “amazing” things about their life to in turn potentially trigger “jealousy” in them too.

Yes, social media triggers that fear of missing out (FOMO) feeling, which in turn can cause a person to feel socially isolated. This is especially prevalent in teens that peruse platforms in this day and age.

With “live” feed buttons and real-time options on many of these social media platforms, an entire group of friends can be out at a party or gathering. If you aren’t invited this can spark feelings of inadequacy and isolation. Unlike pre-social media days where you heard about events you weren’t invited to, the images of people in your circle having fun without you can be powerful and have a negative impact on one’s self-esteem.

While there are some negative effects social media can have our mental health, there are some benefits these platforms offer as well. A big one is that it can help people connect with others. Plus, it can give those with mental health issues an opportunity to express their views in a setting that also offers anonymity.

Yes, all those images and posts about living your best healthy life can inspire others to take a crack at their gym membership, potentially quit smoking, and choose to eat better. There’s also something about announcing a positive lifestyle change on a social media platform that helps solidify a commitment, holding people accountable to “stick with” whatever promise they have made to their followers.

If users are struggling with anything from an illness to a pet’s death, there are plenty of online communities that can offer someone the support, comments, and solid feedback they need during a hard time. Not to mention helpful tips, resources, and plenty of information sharing.

While it seems as if some studies have found that social media can trigger depression, scientists are looking at ways to use these platforms to diagnose mental health issues.

In fact, Microsoft researchers, as well as teams from Vermont and Harvard Universities have been working on creating (separate) tools to analyze Twitter and Instagram profiles to help predict depression in users, to aid with diagnosis, and treatment options.

For those who have close friends and family that live long distances away, the status updates and photos that social media platforms provide offer a concrete way of staying in touch. In this ever-busy life, it’s beneficial in helping to keep people connected, despite the miles between them. 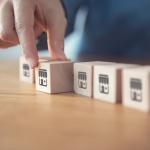 Why Owning a Franchise is a Great Business Opportunity

If you’re interested in owning your own business, getting started can be daunting. Where do... 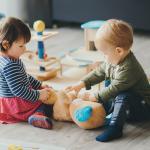 How to Choose the Right Daycare for Your Child

One of the toughest choices a new parent must make? Deciding when – and where... 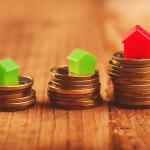 7 Ways to Save on Homeowners Insurance

Owning a home comes with an awful lot of expenses. And one of the most... 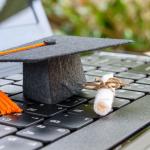 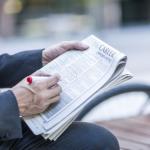 Do’s and Don’ts of Applying for Your First Job

Once you’re out of university or college, the next step is getting a job. Most...