Schizophrenia is a rare but serious mental illness that disturbs a person’s normal thought processes, emotional health, and social behavior. According to the American Psychiatric Association, less than one percent of Americans have schizophrenia. The disorder stands as one of the leading causes of disability across the globe.

Schizophrenia is a mental disorder that disturbs a person’s way of thinking, perceiving, feeling, and behaving. People with schizophrenia think, see, hear, and feel things that may not be present or happening around them. This is because they can’t differentiate between what’s real and what’s not.

Unless diagnosed and managed at the right time, schizophrenia can turn into a highly disabling mental illness that terribly affects social behavior and performance.

The symptoms of schizophrenia usually start to appear anywhere around late teens to early 20s in males. Women are more likely to present the symptoms between the 20s and 30s, but the symptoms are far more worse in men than women.

Since schizophrenia symptoms are similar to those seen in other mental illnesses, mental health experts classify the classic signs of schizophrenia in the following three categories.

Hallucinations are the non-existent things that people with schizophrenia see, hear, smell, or taste. It’s highly common for these people to hear voices or see objects that do not exist in real life.

Individuals with schizophrenia are unable to think, plan, speak, and express emotions the way normal people do. They also don’t find pleasure in normal day-to-day activities and stay expressionless.

These are known as the negative symptoms of schizophrenia.

Cognition is a mental process that allows us to focus, concentrate, and learn. It’s the action of our brain that makes us smarter, a keen learner, and a problem-solver.

People with schizophrenia have disturbed cognition. As a result, they tend to struggle with focusing, critical thinking, and lack of decision-making skills. This is the reason why these people find it hard to engage in conversations, pay attention, and remember things.

To date, there is no known cause of schizophrenia. However, scientists believe that genetics and the environment may have a collective role in developing this illness.

Scientific researchers have witnessed a strong family history of schizophrenia. Although the disorder runs in families, not all people in a family may suffer from it.

Psychiatrists and mental health specialists use a series of assessment tools to diagnose schizophrenia. If symptoms are present, they collect a complete medical history and conduct special interviews to figure out the mental state of the person. The psychiatrists then refer to the Diagnostic and Statistical Manual of Mental Disorders (DSM-5) suggested by the American Psychiatric Association to assess the patient.

According to DSM-5, a person must present two or more classic symptoms of hallucinations, delusions, and disorganized speech for over a month to be diagnosed with schizophrenia.

Almost all patients with schizophrenia suffering from hallucinations and delusions are kept on life-long antipsychotic medications. These medications are taken daily as capsules/tablets, syrups, or injections once every one to two months.

The most common side effects of antipsychotics are dry mouth, weight gain, and drowsiness. Regardless of the intensity of the side effects, it is not recommended to stop antipsychotic medications at any cost.

Behavioral therapy includes a bunch of different therapies that help patients cope with symptoms of schizophrenia in their daily lives. Behavioral skills training and cognitive behavioral therapy help these individuals better manage their illnesses and symptoms in day-to-day life.

Family and friends play a pivotal role in the life of a schizophrenia patient. As such, there are family education programs in the U.S. that aim to educate the family of the patient regarding the illness and give them awareness about common symptoms and its management.

Once a person is diagnosed with schizophrenia and prescribed medications, it is vital to ensure that they get continued support and care from their family and workplace/school.

Coordinated specialty care is one such support program that monitors the recovery period of the patient following the first episode of the illness. It ensures that the patient’s case is managed at all levels.

Schizophrenia is an incurable mental disorder. Its only treatment is symptomatic management and family support that empower patients to lead a nearly normal life. This is where the role of family support, rehabilitation programs, and employment support plans come into play. It also includes skills training programs that help these people make a living for themselves and their families.

Through these programs and with the right support from family and friends, people with schizophrenia can learn to embrace the illness and strive to better themselves every day. 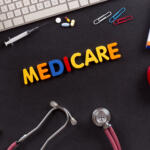 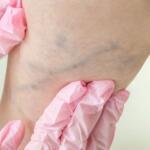 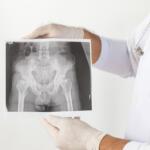 Ankylosing spondylitis (AS) is a type of chronic inflammatory arthritis that causes inflammation in the...

In the U.S., gastric cancer, also known as stomach cancer, is the 15th most common... 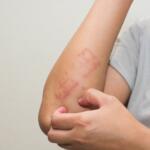