Thousands of people are diagnosed with HIV each year. According to the CDC, an estimated 1.2 million people had HIV at the end of 2018. Unfortunately, there is no cure for HIV. Those diagnosed must learn how to manage this chronic condition. This is difficult – especially for the 14 percent of people with HIV who don’t even know they have it. That’s why it’s important to search online and understand the risk factors and early symptoms of the disease.

Once someone starts showing symptoms of HIV, they must start receiving treatments. Treatments can reduce both the impact of HIV, its progression, and your ability to transmit the disease. You can learn more about how HIV can be transmitted with an online search.

Here’s what you need to know about the symptoms, risk factors and prevention of HIV.

Stages and Symptoms of HIV

HIV, formally known as human immunodeficiency virus, is a virus that prevents the body from fighting infection. It does this by attacking bacteria-fighting cells and puts you at risk of developing other infections and diseases.

This disease occurs in three stages. Each stage has its own set of symptoms that progress and get increasingly more serious. Keep in mind that symptoms can vary and can impact people with HIV differently, so people can experience a range of severity.

Stage 1
Those in stage one of HIV may start experiencing flu-like symptoms anywhere from one to four weeks after getting the disease. It is the body’s natural response to HIV infection.

Symptoms of stage one HIV include:

These symptoms will usually go away after a week or two. In some cases, people may experience a few of these symptoms or none at all. Afterwards, they will move into the asymptomatic stage.

Stage 2
The virus is still multiplying in stage two, but at a slower pace. This means you may feel completely normal and not sick at all. This stage is the reason why many people are not diagnosed with HIV.

You can remain asymptomatic for as long as 10 to 15 years, so the only way to find out if you are HIV positive is by getting tested. You can spread HIV to sexual partners in this stage if you’re not receiving treatment.

Stage 3
The last stage of HIV is stage three. This is when the virus will weaken the body’s immune system for those not receiving treatment. It also means your condition will progress to AIDS (acquired immunodeficiency syndrome).

Symptoms of stage 3 AIDS may include:

Around 33 million people have died of HIV around the world, according to the World Health Organization. Access to proper diagnosis and treatment could make all the difference in saving a patient’s life. It also helps to know if you’re at high risk of developing HIV.

The CDC says the most common ways HIV is spread in the U.S. is by having unprotrected sex or sharing syringes and other injection equipment with a person who is HIV positive. Some other risk factors include:

Data also tells us which part of the population is most commonly infected with HIV. Around 21 percent of new HIV diagnoses in 2018 were young people between the ages of 13 and 24. The CDC reports gay and bisexual men within this age group accounted for 83 percent of all new diagnoses. Young gay and bisexual Black men are also more severely infected.

If you fall under one of these risk factors or you’re experiencing symptoms of HIV, then it’s important for you to get tested. If the test is positive, you will then be able to start treatment and prevent spreading it to other people.

Those who test positive for HIV will receive antiretroviral therapy. This is a medicine that lowers your viral load, which is the amount of HIV in the body, and helps keep you healthy. While it’s not a cure, this medicine is recommended for anyone who tests positive. The CDC says most people can get the virus under control within six months.

Antiretroviral therapy does not prevent transmission of other sexually transmitted infections, but having an undetectable viral load means you essentially have no risk of transmitting HIV to a sexual partner. For this reason, it’s important for people to stay on top of their medication and stay aware of their viral load. Talk to your doctor about what this means and other ways to safely live with HIV. 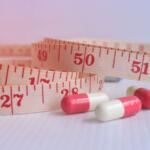 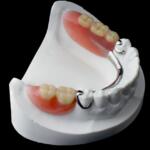 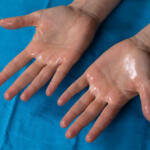 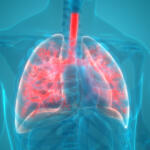 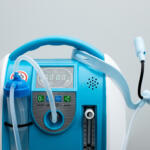 How a Portable Oxygen Concentrator Could Improve Your Life

Many people rely on oxygen each and every day. If your doctor has prescribed oxygen...