From the brilliant mind of Satoshi Tajiri to the hearts of the world, Pokémon has enjoyed an incredible 25 years. The phenomenon came about when the now legendary Tajiri set out to combine his childhood obsession with bug collecting and the Nintendo Game Boy’s Game Link Cable accessory. His vision for a new game called “Capsule Monsters” shifted over the years, but never lost the foundational principles of catching, training, and battling little monsters with your friends and family.

It’s safe to say he was on to something. Since the 1996 release of Pokémon Red and Green, the property has done nothing but rise. From video games to trading cards to toys to TV and film, it’s unbelievable how many different multimedia and merchandise sales lists that the Pokémon franchise rests firmly at atop of. And the Pokémon Company has no plans of slowing down.

In fact, the 25th anniversary of the beloved franchise sets out to grow Pokémon’s content library substantially. Let’s take a look at everything the Pokémon Company has planned for this momentous occasion.

Nintendo Switch owners are already enjoying the serene, Easter-egg loaded adventure that is New Pokémon Snap. The much-anticipated sequel to the Nintendo 64 classic builds on the original experience with brand new areas, challenges, and Pokémon.

In it, players are given a camera and tasked with researching and taking pictures of Pokémon as they exist in the wild. Watch them play, goad them out in to the open with special items, and channel your inner wildlife photographer. But it’s not just about snapping cute pictures. A big focus of the story is investigating the mysterious Illumina phenomenon that give Pokémon a special glow.

If you’re interested in some calming Pokémon adventures, New Pokémon Snap is available right now for $59.99.

Pokémon Unite is a free-to-play experience that injects Pokémon into the five-on-five strategic team battles of multiplayer online battle arenas, or MOBAs for short. Aeos Island is the stage for these fast-paced, competitive battles that feature rewarding win-bonuses and players from all over the world.

No Switch, no problem. Pokémon Unite is available right now for Nintendo Switch and mobile via the Nintendo eShop, Google Play Store, and iTunes.

Pokémon’s growing library of games has a ton of hidden gems just waiting to be mined, and it looks like the 25th anniversary of the franchise has inspired Game Freak to reflect on past successes.

Brilliant Diamond and Shining Pearl give gamers the chance to revisit — or experience for the very first time — the Sinnoh region from the popular Nintendo DS originals. Releasing on November 19 on Nintendo Switch, these remakes offer a nostalgic trip through these JRPG classics, with upgraded visuals, retooled activities, and new ways to interact with your Pokémon.

Brilliant Diamond and Shining Pearl are available to purchase separately for $59.99. However, if you want both versions, a double pack is available for $119.99. On top of coming with both versions of these remakes, the double pack includes a download code for 200 Poké Balls.

The “next-gen” Pokémon game the world has been waiting for, Pokémon Legends: Arceus looks to be the answer to those disappointed in the current direction of the series.

Billed as a prequel, Arceus is set in the Hisui region, the precursor to Sinnoh. Tasked with building the region’s first Pokédex, players partake in survey missions to explore the wide expanse of Hisui. On these missions, players will engage with Pokémon new and old in some unique ways. Sneak up on docile critters in tall grass, evade the attacks of enraged alphas, and participate in battles in real-time.

Releasing on January 28, 2022, this hotly anticipated game will be available for $59.99. Additionally, those who purchase the game before May 9, 2022 will receive a couple cosmetic items and a code for 30 Heavy Balls.

Pokémon fans have a lot of avenues to show their love to the franchise outside of video games. The trading card game (TCG) is one such avenue. The Pokémon TCG is celebrating 25 years of success with several new and exciting additions.

Celebrations just released at the beginning of October. The Celebrations expansion totals 50 cards including four V cards, two VMAX cards, and 25 classic cards. While Celebrations is on the small side for a TCG expansion, booster packs are only available in mini tins, special collections and Elite Trainer boxes.

But wait, there’s also the First Partner Packs. Scheduled for release over the course of 2021, this special collection of cards focuses on reprints of starter Pokémon cards throughout the series. For $9.99, these packs come with three oversized starter cards from a specific region and two random booster packs.

You don’t spend two and a half decades producing movies, TV shows, and video games without creating at least a few legendary pieces of music. Pokémon has certainly built up an iconic library of tunes over the years. The Pokémon Company has teamed up with multiple artists from the Universal Music Group to celebrate the 25th anniversary of the series.

The festivities began with a virtual concert by Post Malone in February. And they come to an end with the recent release of Pokémon 25: The Album. This album collects brand new songs inspired by the long running series and features some of today’s most popular artists like Katy Perry, Vince Staples, Cyn, Mabel, and Post Malone. Pokémon 25: The Album is available on all music streaming services or as a physical CD for $13.99 at Target.

If you’ve ever waded in the waters of Pokémon merchandise, than you’re well aware of how hot that market really is. So, it’s no surprise that franchise’s 25th anniversary celebrations include a healthy run of limited-edition merch. 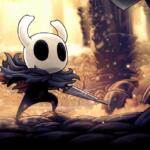 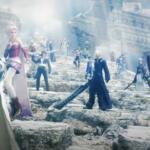 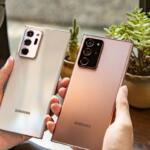