The 2018 GMC Acadia is the Jack of All Trades from GMC. It’s a mid-range crossover SUV that can seat up to seven and it can just about handle the junior slopes on the trails.

This is a meat and potatoes SUV that doesn’t try and reinvent the genre. Instead GMC has focused on the basics. It was an eight-seat minivan in disguise, but is has shrunk over the course of time and in 2017 it evolved into a real crossover SUV. It still doesn’t cost big money unless you go for the range-topping Denali that is pretty much a separate vehicle.

The standard car has felt the trickle-down benefit of a marketing push for the most expensive machines in the line-up. GMC has pushed its “professional grade” concept and this recently redesigned car is the promise made real. This is a cut above the average GM product.

The improved quality means that GMC can take the fight to the European and Japanese opposition when it comes to the interior and standard equipment. Traditionally, these were the weak points for the American manufacturer. But now we are looking at a much more complete car. It looks good, too, with a square jaw and muscular stance.

You can get behind the wheel of the entry-level SL for just $29,995, which is a bargain for a car of this caliber. Of course, GMC has to save money somewhere and the 2.5-liter, four-cylinder engine that is mated to a six-speed automatic is not the perkiest powerplant on the market. It comes with 193 bhp and 188 lb/ft of torque heading through the front wheels. Is that enough for a 3956 lb car? It is if it’s what you can afford.

The cheaper model is the volume-seller and you can order any of them with optional all-wheel-drive. Even the base model comes with keyless opening and fold-flat bench seats for the second and third row, while more advanced safety equipment comes into the fray as you head up to the SLT-1.

The GMC is a five-star car when it comes to the NHTSA crash tests and an IIHS Top Safety Pick+. So, it’s fair to say it can take a solid hit.

If you opt for the more expensive SLT, you get the Driver Alert package, which includes blind spot monitors, a rear parking assist camera, and rear cross traffic alert. The range-topping Denali comes with Driver Alert Package II, which includes low speed automatic braking, lane keep assist, and a plethora of alerts, but no adaptive cruise control.

Even the base model comes with a seven-inch touchscreen that’s Android AutoPlay and Apple CarPlay enabled, and even the lowliest model comes with a 4G Wi-Fi hotspot and a free trial of OnStar Data. Inevitably, you can scroll through your smartphone apps and operate them through this system and that’s impressive.

The SLE-1 comes with SiriusXM Satellite Radio and the more expensive models come with an eight-inch infotainment screen and more advanced navigation.

The interior also gets better as you go up the range, as you’d expect. But the base level car has moved upmarket and the GMC gets leather, perforate seats for the first two rows with the SLT. The dashboard is clean, minimalist, and modern and the surfaces are getting better.

Stop-start technology helps this relative leviathan achieve better than expected results when it comes to the fuel efficiency. The smaller-engine, front-wheel-drive car returns 21 mpg in the city and 26 mpg on the highway, which works out at 23 mpg on the combined cycle. Okay, it’s not a Prius, but it’s better than you could reasonably hope for in a seven-seater SUV.

Opt for the four-wheel-drive, bigger-engine variant and you’ll get stung at the pumps. It hits 18 mpg in the city and 25 mpg on the freeway, which is serious sportscar territory and you have really got to want the performance or improved towing capacity to pay that price.

How It Stacks up Against the Competition

The GMC Acadia used to be a thinly-veiled minivan, but it really is a contender in an increasingly competitive class these days.

Obvious rivals include the Ford Edge, Kia Sorento, Mazda CX-9, Chevy Traverse, Dodge Durango, Nissan Pathfinder, Hyundai Santa Fe, VW Atlas, and the Toyota Highlander. It’s a cut-throat division, with some seriously good cars to choose from. If you’re looking at the Denali end of the scale, then you can throw the Volvo XC90 into the mix, too.

At the budget end of the scale, it’s hard to beat the CX-9, if you can live with its divisive front end. It’s more powerful, about the same price, seats the same number of people, and comes loaded with equipment. It’s also a keener driver’s car at the apex. That said, the Acadia can tow a maximum of 4000 lbs, comes with 79 cubic feet of storage space behind the front seats and can seat four in acres of space, six in relative comfort and seven at a push.

The Acadia scores well on fuel economy for such a big car, which gives it the advantage over the Edge, it beats the Atlas on price and the Durango, Pathfinder, and the Santa Fe when it comes to style. A lot of this will come down to your personal style, though, and there really isn’t a clear-cut winner in this class. But the GMC is certainly in the mix and that is major progress in itself. 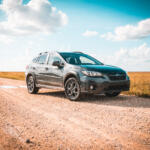 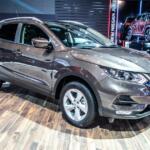 Deals on the 2020 Nissan Rogue Could Appear Soon

The Nissan Rogue continues to be one of the most popular vehicles on the road.... 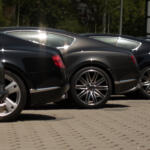 Luxury Vehicles Are More Affordable Than You Think

Have you always assumed that owning a luxury vehicle is out of your reach? It’s... 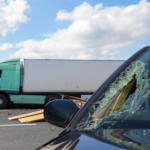 What to Do After Being Involved in a Truck Accident

Every time you get behind the wheel of a vehicle, you’re at risk of getting...

What to Do After Being Involved In A Motorcycle Accident: A Step-By-Step Guide

Each time you take a ride on your motorcycle, you’re at risk of getting in...