The Most Luxurious Homes in the World

Imagine having a whole condo building to yourself? There wouldn’t be the need to contact the property manager to get the neighbor to stop blasting their music at 2 a.m. Of course, this seems like a dream for even the not so average person, especially with the housing and condo market right now. However, for the fifth richest man in the world, Mukesh Ambani, head of a Mumbai based petrochemical company estimated to be worth $43 billion dollars, this dream is a reality. Ambani used about $2 billion dollars of his net worth to build an incredible 27-storey skyscraper in downtown Mumbai. Ambani’s home may be excessive, but he’s not the only one.

We’ve gathered together information on the six most luxurious home in the world. From palace gardens to modern castles, we’ve got a rundown on the people who are rich enough to own such elaborate buildings.

This 90,000 square foot mansion is reportedly bigger than a 757-airplane hangar, making it the third largest family home built in the United States. The Versailles house has even been the star of a documentary.

The massive Isleworth home is owned by David and Jackie Siegel, the said to be “king and queen of Orlando.” David Siegel started the billion-dollar empire, Westgate Resorts, which is estimated to be worth $1.2 billion dollars. It’s no wonder why the Siegal’s have put an estimated $100 million dollars into the house. They started construction of their home back in 2004 and it took over 10 years to build.

The 30-bedroom mansion boasts amazing amenities most of us dream about including: a skating rink, bowling alley, and an Olympic sized swimming pool. If you need space the store your 20 luxury vehicles, look no further than their parking garage attached to the building.

As the world’s most expensive French villa, Villa Leopolda is estimated to cost over around $750 million dollars. The villa overlooks the Mediterranean and was originally built for King Leopold II of Belgium in 1902. After Leopold’s death, his nephew King Albert I, took over ownership, and during World War I it was used a military hospital. It isn’t just the estate that worth boasting about, the grounds surrounding the property is said to be at least 20 acres, which requires at least 50 full-time gardeners to maintain.

In 2008, then owner, Lily Safra (wife of late businessman Edmond Safra) decided to sell the villa to Russian billionaire, Mikhail Prokhorov. He offered $360 million for it, but later backed out of the deal – I’m sure he didn’t miss the $75 million-dollar (U.S.) deposit that he didn’t get back.

Every little girl’s dream came true in 2009 when Barbie’s manufacturer Mattel and EMS Entertainment came together to build a real-life Barbie dream house. Although Barbie and Ken have long moved out of the establishment, the house welcomed visitors to come and enjoy the Barbie dream house experience.

An idea that was crafted by interior designer, Jonathan Adler, who brought the house to life for Barbie’s 50th anniversary. The interior of the home includes colorful furniture and the bedroom is decked out with pink accessories and pink paint, just how Barbie left it. The house even comes with her famous Malibu VW Beetle Convertible.

This Californian style residence is located in the village of Windlesham in Surrey, England. It boasts 103 rooms and has 58 acres of gardens and woodland surrounding the property. The price tag for this build: approximately $150 million (U.S.).

The estate offers a variety of amenities including a squash court, bowling alley, tennis court, five massive swimming pools, and more. If that doesn’t tickle your fancy, maybe the 24-carat-gold leafing on the study’s floor will.

In 2011, the property was sold by agents Knight Frank and Hamptons International – but there’s no reliable source as to who bought it.

Luxury real estate developer, Frank McKinney built the world’s first eco-friendliest mansion on the market. The Acqua Liana is located in the Palm Beach Country, Florida, but the design was inspired by McKinney’s trips to Bali, Fiji, Tahiti, and Hawaii.

The three-story mansion features a glass “water” floor and includes plenty of eco features likes solar panels, a water system that fills the swimming pool, and ultra-efficient air conditioning and purification system to ensure the clean air quality in the massive build. This green home can be yours for only $29 million.

This 5,000 square foot mansion was certainly fit for a king. I mean it was built for the king himself, Elvis Presley.

In 1962, Look Magazine gave Elvis’ home the name “The House of Tomorrow” because of its modern and elegant design both inside and out. Designed by modernist architect William Krisel, the look of house with its walls of glass and pool terrace still give it a futuristic look to this day. The price tag: $5.9 million (U.S.).

There’s a whole world of information about luxury homes online. Search now, maybe there’s a luxury home in your area you don’t know about! 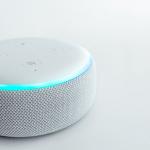 Although it might take a few years for some people to get on board with... 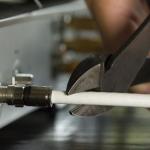 There’s nothing better than clicking on the television after a long hard day at work... 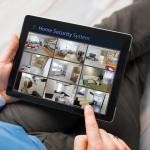 Seniors are a high risk of crime. While identity theft is a common crime, seniors... 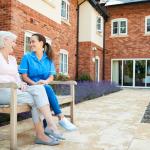 Luxury Senior Living Options Everyone Should Check Out

If you’re used to living on your own, there’s no reason to think that you... 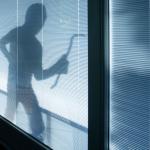 What to Do if Your House Has Been Broken Into

Break-ins are one of the most devastating things that can happen to an unsuspecting homeowner....