When my daughter was five, I went through a huge anti-TV phase. I was tired of the sound of it, commercials, reruns, but more than all of those things combined, I was sick to death of how much time my child wanted to spend in front of it.

She would wake up in the morning and dominate the television all day. It drove me nuts that she never wanted to leave the house because she might miss Blues Clues… even though she saw it the day before.

So, I shut off the cable. Gasp!

Recent studies show the best way to unglue your kids from the television screen is to set strict limitations, enforce them and stick to them. In relation to the rules, the studies showed that kids who were more physically active in outside sports and functions were less likely to rely on television for entertainment.

I’m not an expert, but I can tell you right now, once I set the limitations on how much television got watched around the house, it definitely encouraged both of us to get more active. We took daily walks, spent time in the park and read a lot of books.

My daughter is fifteen. She doesn’t watch near as much television as a lot of kids her age, but she loves to sit outdoors and read a good book.

The proof is in the pudding, parents! Set limits, enforce them and get your kids involved in other activities. This also applies to unplugging kids from Internet and gaming devices. Trust me, if you’re resisting these rules because you don’t want to hear them whine about how bored they are, get outside with them. Before you know it, they’ll be bugging you to turn off the TV. 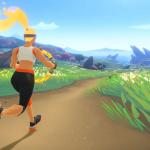