Intro to Reddit: Some Tips on How to Take Advantage of This Amazing Resource

All subreddits are moderated by unpaid community moderators. Although there are site-wide rules, each subreddit has its own rules as well. Unlike many other social communities, posts on Reddit are ranked and sorted socially. Users rank posts to let others know whether they found them useful or not.

If you put some effort into learning about the site, its user-driven rules, and its culture, Reddit will quickly become one of your new favorite sites. It’s a great resource for anything from job-related questions to finding cute pictures of puppies.

If you are looking to try out, here are some tips on how to take advantage of this amazing resource.

Understand How Upvoting and Downvoting Work

Upvoting and downvoting are how users collectively determine what shows up on the homepage of each subreddit. When you upvote a comment or post, it’s a way of saying that you think it contributes value to the community’s discussion. If you’re choosing to downvote something, it means that you think it does not contribute to the collective discussion.

According to the subreddit r/reddit_101, karma is a “point system that lets you know how your submissions or comments are doing. The more karma your post has, the more people have upvoted it.”

Typically, if you post or comment something that your fellow users find interesting or valuable to the discussion at hand, they’ll upvote it. The more upvotes you get, the better your karma. If you post things that are rude, unfriendly, or off-topic, your posts will get downvoted and you will not accrue any karma.

One of the first things that you should do when you first get a Reddit account is read through the reddiquette, a user-generated expression of the values of the Reddit community. It lists behaviors that are discouraged, as well as ways that users can positively contribute to the ongoing success of the community at large.

Set up Your Home Page

Once you’ve figured out how to make meaningful contributions to the Reddit community, the next step is to set up your home page.

In the past, users were subscribed to 50 popular subreddits by default. This was intended to showcase Reddit’s most popular communities. Fortunately, this policy ended in May 2017. Now, new users have an empty home page by default and must subscribe to subreddits on their own.

According to numbers posted by Reddit at the end of 2018, there are nearly 150,000 active subreddits — and that number grows on a daily basis. So, there are a lot of options to choose from.

To help, there are tons of articles on how to find the best subreddits, but one of the best ways that you can find good subreddits is to search for relevant words. For example, if you’re a lady who’s into fashion, you can search “women’s clothing” or “fashion”, and you’ll find subreddits like r/femalefashionadvice, r/streetwear, and r/ProjectRunway.

By filling your homepage with your favorite subreddits, you can curate posts that interest you.

Learn How to Sort Subreddits

Once you’ve subscribed to a few subreddits that interest you, figure out the best way to sort them. You can sort by Hot, New, Controversial, Top, and Rising.

Many people sort by Top, which means that posts with the highest number of upvotes are the most visible. Sorting by New allows you to see posts as they come in. This means that you may have to sort through a lot of useless posts that haven’t yet been downvoted by the community. Sorting by Hot is considered the best of both worlds. It sorts posts by relevance and upvotes but also factors in how recently the post was made.

Introduced in 2013, a multireddit allows users to sort their subreddits into groups. Essentially, users can create multiple homepages dedicated to their individual interests.

Use the Mobile App to Browse on Your Phone

Although Reddit is a functional desktop site, the reality is that their site isn’t very mobile-friendly. You can access a mobile version of the site on your phone’s browser by entering i.reddit.com into the address bar.

However, it’s much easier to use an app when on mobile. The default Reddit Mobile app is pretty good. However, Apollo is an iOS exclusive app that has an even more user-friendly experience.

Don’t Use the Default Search Option

One of the primary user frustrations with Reddit is the built-in site-wide search engine.

To avoid this frustration, just use Google. You can easily do a Google search in Reddit by adding the words “site:reddit.com” before your search term. This will bring up results for your search term only from Reddit.

You Can Create a Slideshow of Pictures in a Subreddit

If you’re browsing through a subreddit that’s primarily made up of photos, like r/pics or r/aww, there’s a simple hack to view the photos as a slideshow. All you have to do is adding a “p” at the end of the word “reddit” in the URL. For example, if you wanted to do this for r/aww, you would type www.redditp.com/r/aww into the address bar.

Instead of having to scroll through all the posts and click through the images, it’ll take you to a slideshow of images accompanied by the title of the post. It even gives you the choice to have the photos auto-follow or click through them manually.

Don’t Get Sucked into r/all

Reddit can be a great resource. But it will quickly turn into just another social media sinkhole if you spend most of your time perusing r/all or r/popular. These subreddits are where you can find the most popular and controversial posts.

Sure, they’re fun places to see hilarious memes, adorable photos, and explore what most people are talking about, but they can be a huge time sink.

If you really want to make efficient use of this resource, curate an interesting home page that gives you everything you’re looking for. Also, stick to your own subreddits rather than hopping around the site looking for drama.

When people post useful information or contribute a thoughtful comment to a discussion, another user can give them a silver, gold, or platinum award. These designations can only be given by another user who has used real money to purchase Reddit coins.

Reddit coins are the site’s premium currency meant to award exemplary activity of users while simultaneously helping support the company’s bottom line. 1,800 coins cost $5.99. It will allow the user to give out one platinum award, three gold awards, or 18 silver awards.

Once a comment or post is recognized, it will have a little medallion beside it forever. This will show the rest of the community how valuable it is. 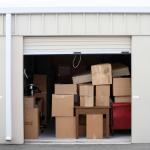 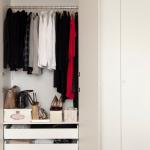 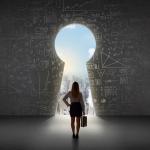 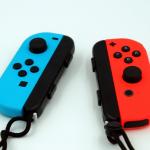 Nintendo’s Switch gaming console is flying off the shelves at a historic rate. As of... 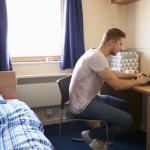 College can be an amazing experience. However, one of the more daunting tasks between figuring...