Check Out the New 2020 Jeep Wrangler and Gladiator

For many adventure seekers, the 2020 Jeep Wrangler is their dream vehicle. This rugged SUV is specifically made for drivers who enjoy an outdoor lifestyle. However, improved driving dynamics and a comfortable interior make the Wrangler easy to live with on an everyday basis.

Jeep has introduced the Jeep Gladiator for the 2020 model year. This new Jeep SUV is essentially a pickup version of the Wrangler. As such, they are similar in many areas.

The base power source for the 2020 Jeep Wrangler is a Pentastar V6 engine. It develops a competitive 285 horsepower and 260 pound-feet of torque. Two-door models can hit 60 mph in around 6.1 seconds, which is very quick for an off-road-ready SUV. While an eight-speed automatic transmission is optional, a six-speed manual gearbox comes standard.

Jeep’s available turbocharged four-cylinder engine further improves overall performance and efficiency. It’s rated to develop a solid 270 horsepower and 295 pound-feet of torque. This engine is only available with an eight-speed automatic transmission. In terms of acceleration, expect the turbocharged Wrangler to be just a bit quicker off the line.

For the 2020 model, a diesel engine has been introduced into the lineup. It produces an estimated 260 horsepower and a bruising 442 pound-feet. The diesel-powered Wrangler’s extra torque helps promote an effortless performance.

While the Wrangler isn’t as capable as a pickup truck, it can be used for light-duty towing. The four-door Unlimited body style can pull a 3,500-pound load. Meanwhile, Jeep lists the two-door Wrangler with a maximum towing capacity of 2,000 pounds.

On the road, the 2020 Jeep Wrangler inspires more confidence than the previous generation. Its handling and ride quality have noticeably improved. While the SUV’s eight-speed automatic transmission is responsive, some drivers will enjoy shifting gears with the six-speed manual.

When it comes time to take an off-road adventure, expect the new Wrangler to live up to its legendary reputation. A robust 4WD system and a solid-axle suspension come standard. If you desire an SUV that can handle the toughest of trails, go for the sturdy Rubicon trim. Jeep equips it with several heavy-duty upgrades, including a steel front bumper and rock rails.

Remember, the Jeep Gladiator is a pickup version of the Jeep Wrangler SUV. Many drivers will be interested in the Gladiator’s versatile bed. This pickup can also tow up to 7,000 pounds of cargo, which is a big plus for drivers who need to pull trailers and campers. While the Gladiator’s powertrain options are similar, you won’t have access to the Wrangler’s turbocharged four-cylinder engine.

Like the Wrangler’s optional four-cylinder engine, the standard V6 engine can now be paired to an eTorque mild hybrid system. Fuel economy for the V6-powered Wrangler stands at a combined 20 mpg. Because of the four-door model’s extra weight, it’s just a tad less economical. The efficiency with the turbocharged four-cylinder engine jumps to a combined 23 mpg.

The Gladiator does a little worse in the fuel economy department. In fact, it stands at a combined 19 mpg.

The 2020 Jeep Wrangler and Gladiator offers more technology than ever before. Some of the standard equipment includes a 5.0-inch touch display, Bluetooth, and an eight-speaker stereo system.

Many drivers will be interested in the upgraded Uconnect infotainment system. It includes a larger 8.4-inch screen with navigation. Additionally, they’ll enjoy Apple CarPlay and Android Auto smartphone integration. Users applaud this interface for its easy operation and sharp graphics.

A nice-sounding Alpine premium sound system is on the Wrangler’s list of options. However, you can get the Gladiator with a removable Bluetooth speaker. It easily pops out from behind the backseat. This feature is especially great for camping and tailgating.

Although the new Wrangler does not offer cooled seats, its optional heated front seats promise to make life in the winter more enjoyable. On extremely cold days, you’ll also enjoy the convenience of the SUV’s remote start system.

The 2020 Jeep Wrangler and Gladiator has yet to receive an official safety rating from the federal government. Nevertheless, they offer a few help accident-avoidance technologies.

If you spend a lot of time on the highway, you’ll greatly benefit from the available blind-spot monitor. It gives you greater confidence when moving from one lane to the next. Rear cross-path detection is built into the system, which helps you to safely back out of parking spaces.

Full-Speed Forward Collision Warning with Active Braking is another great safety feature offered on the new Wrangler and Gladiator. When the system anticipates a potential accident, it’ll warn you to step on the brakes. Meanwhile, available adaptive cruise control makes driving on the open road more enjoyable.

Other safety technologies include a standard backup camera with guidelines and optional rear parking sensors.

No other vehicle in the segment features a removable roof. Folks who enjoy riding with the top down will love cruising around in the new Jeep Wrangler. Its doors can be detached as well.

The 2020 Jeep Wrangler is a more than accommodating family vehicle. This is especially true for the four-door Unlimited model. There’s plenty of space in the backseat, even for tall people.

With so many SUVs on today’s roadways, it’s often hard to distinguish one from the next. However, the Wrangler and Gladiator stand out with its rugged styling cues. Cool paint options, like Punkn Metallic and Hellayella, further separate these vehicles from the pack.

Does Not Handle as Well as a Crossover

Don’t expect the Wrangler and Gladiator to offer the agility of a modern crossover. 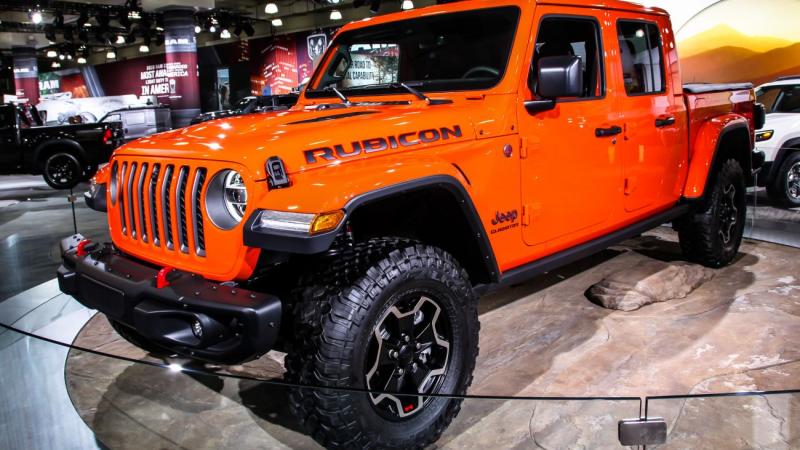 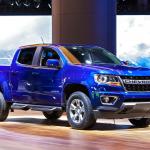 When you’re searching for a new pickup truck, there are a few classic and iconic... 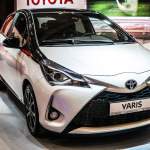 Toyota remains one of the best-selling car brands in the world. Over the years, drivers... 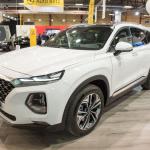 The Best 2020 Crossover SUVs for Seniors

Crossover SUVs have become extremely popular in recent years, especially among senior citizens. They are... 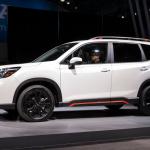 Sport utility vehicles accounted for an impressive 42 percent of all vehicles sold in the... 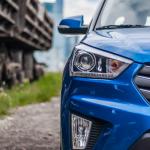 These Crossover SUVs Will Be 2020’s Biggest Sellers

Right now, SUVs are incredibly popular. But there’s one kind of SUV in particular that’s...