If you love finding the best deals on Black Friday sales, mark your calendar for November 29. There should be great deals at Walmart’s Black Friday sale this year, so you don’t want to miss out.

Whether you are new to shopping on Black Friday or an old pro at finding great deals right after Thanksgiving, you probably want to know more about what you can typically find for sale at Walmart on Black Friday and what’s likely to be on sale in 2019.

If you love electronics, Black Friday is the time for you to stock up for yourself or for gifts for your friends and family.

In 2018, there were plenty of electronics deals on televisions, smartphones, and tablets at Walmart. Walmart’s standout deals were:

There were also plenty of deals on household items and children’s toys. People who were in need of cookware at a reasonable price had the option of buying a 17-piece Pioneer Woman cookware set for $59. Those who had a big trip coming up appreciated the Protege five-piece luggage set, which was selling for $48. Moreover, select Fischer-Price toys were selling for only $5.

Walmart even offered a $400 gift card to Walmart when the customer bought certain Samsung and Apple products.

What to Expect from Walmart for Black Friday 2019

If you want to find the best deals on Black Friday, you should definitely look at the ads when they come out. But if you want some predictions on which products are going to be the hot items on sale so that you can start dreaming now, take a look at some of these items.

As with last year, televisions will be a great item to find a deal on when you shop Black Friday sales in 2019. Based on the deals from the week of Black Friday to Cyber Monday last year, LG, RCA, and Samsung are predicted to be some of the best brands of televisions to watch for great deals.

Some RCA 32-inch televisions dropped as low as $60, while some Panasonic Polaroid 32-inch sets have already dropped to as low as $80 in some retail stores. The prediction is the sale prices will be even lower than what they are currently.

If you’re in the market for a slightly larger size TV, you can consider the 55-inch televisions that will likely be on sale. You’re more likely to find the best deals if you’re willing to shop less well-known brands, such as Komodo. If the brand doesn’t matter to you, then you might be able to find options for $250 or less.

Since Walmart has been predictable in its behavior in recent years — meaning that the sales that were available last year are likely to be available this year — you’re likely to find plenty of smartphones on sale during Black Friday. For instance, you’ll likely find that you can get a $300 Walmart gift card when you purchase an iPhone 11, iPhone 11 Pro, or iPhone 11 Pro Max and start a new installment plan.

If you’re in the market for a new tablet or iPad, watch for sales on the seventh generation iPad, which will likely be available for around $275.

There will be plenty of deals for gamers. More than likely, you’ll be able to save close to $200 on the PlayStation 4 Pro, which will get you a video game console for under $300.

Walmart follows a predictable pattern from year to year, so it’s also reasonable to assume that you’ll be able to find deals on children’s toys and cookware that are comparable to the sales that were available last year, too.

The official flyer for Walmart’s Black Friday deals will likely be released in the middle of November. When you browse the flyer, make sure to look at:

With these tips and predictions, you will be ready when Black Friday rolls around. 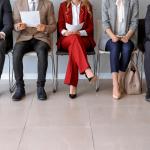 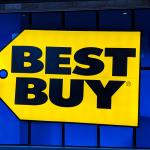 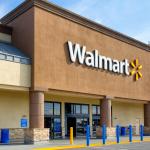 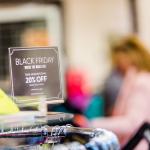 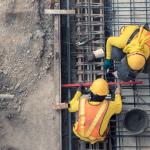 Construction may not be the first industry you think of when you’re looking for a...