Chase Bank Just Forgave the Debt of Thousands of Customers – Could You Be Next?

Credit card is something nearly everyone struggles with. It’s estimated that more than 41 percent of American households currently carry an average debt of $5,700 on their credit cards. And that debt might not sound like much, but it can be a huge weight.

High interest rates on credit cards leave people struggling to pay off their balance. And if you’re carrying thousands of dollars on multiple cards, debt forgiveness is an ideal option – but it isn’t always an easy process.

It’s all thanks to Chase Bank. This big name in banking made a surprising move recently, one that could set the stage for others to do the same.

In August 2019, news broke that credit card customers throughout Canada had gotten incredible news: their credit card balances were completely forgiven. Whether they owed $10 or $10,000, these lucky people had all of their debt wiped away.

So, what happened? Chase Bank revealed that it made the decision to forgive all currently outstanding debt for customers who carried two specific credit cards: the Amazon.ca Rewards Visa and the Marriott Rewards Premier Visa. These cards, which were only offered in Canada, were held by thousands of people.

And those who’ve had their debt forgiven are thrilled – but they’re also still in shock. Customers couldn’t believe their luck. Many found out via a letter mailed to their homes by Chase. No one was expecting it, including the very customers who received this amazing news.

With no warning, these cardholders no longer had to worry about repaying thousands of dollars in debt. And they could forget about the interest rate accumulating every day. The debt they’d been working hard to pay down was finally gone, all within that one piece of mail.

Why Did Chase Erase This Debt?

Chase Bank’s decision to wipe the slate clean for thousands of customers is completely unexpected. Credit card companies are rarely this benevolent. But now that one bank has made the choice to erase cardholders’ debt, others might do the same.

So, why did Chase erase its customers’ debt rather than continue making money off it? Experts aren’t entirely sure.

Some, like credit card rewards expert Patrick Sojka, said it’s most likely a decision that saved Chase money in the long run. It could be that the banking giant decided it was more cost effective to simply forgive the debt than try to collect it.

It’s also thought that Chase wanted to close out its credit card business in Canada. And the quickest way to do that was perhaps to forgive all outstanding debt.

Regardless of why Chase decided to erase tens of thousands – or potentially hundreds of thousands – of dollars in debt, it’s great news. And it could inspire other banks and credit cards to make similar moves going forward.

How Chase’s Decision Could Affect Your Own Debt

If you were already a Chase cardholder in Canada and carried one of the two credit cards mentioned above, you’re in luck. Your debt is disappearing! But, if you aren’t one of those lucky individuals, this decision by Chase might still spell good news for your finances.

An entire country’s debt on two different credit cards was forgiven by a major player in the finance world. And while this unfortunately hasn’t been announced for any countries beyond Canada, Chase could make a similar move in the future. If a credit card isn’t proving to be worthwhile, Chase – or another bank – could once again cancel it and any customers’ debt along with it.

So, we’ll be keeping a close eye on Chase and other credit card companies in case any other announcements like this occur. And if you have any credit cards, you’ll also want to stay on top of the latest news regarding your debt.

Should another huge windfall of good luck like disappearing debt happen, you’ll want to be among the first to know if you’re affected. It could make a world of difference for your debt, your financial status, and even your credit score. 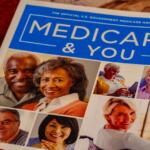 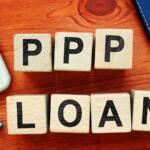 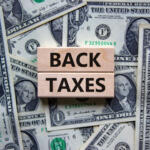 Each year, you have to submit your tax return and potentially face paying additional money... 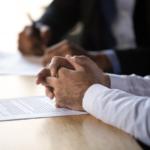 Do I Need a Wrongful Termination Lawyer?

Getting let go from a job can take a devastating toll on your livelihood. You’re...